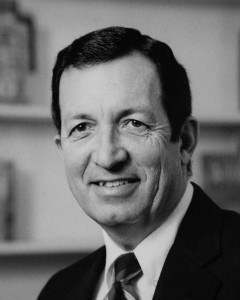 The title of the blog “Rumors of Angels” is from a 1970 sermon by William C. Crouch that is the first posting of this blog.  Bill Crouch was born on August 26, 1932 in Dallas, Texas.  At the age of 16, after returning from a youth event at the Methodist Church Camp at Lake Bridgeport, he announced plans to enter the ministry.  After attending SMU and Drew University, he began his career in the ministry.   A career that continued after his formal retirement in 1999 until his death on May 9, 2008.

This blog is composed of sermons from throughout his career.  The choice of sermon postings is purely random.  Each posting includes the year that it was preached, where he was serving the church at the time.  If appropriate there maybe editorial comments about events occurring at the time.  However in preparing this blog, one of the most fascinating aspects of these sermons is the timeless nature of Bill Crouch’s sermons.   “A Rumor of Angels” is a 1970 sermon that speaks to us today as well as it did to the members of St. Paul’s United Methodist Church in Garland, Texas.

4 Responses to About Bill Crouch